The top three configurations use a GPU with 40 EUs, while the HD 4400/4200 features half that. Intel will eventually introduce Haswell SKUs with vanilla Intel HD Graphics, which will only feature 10 EUs. We know how the Iris Pro 5200 performs, but that’s with a bunch of eDRAM and a very high TDP. The third GT3 configuration operates under less than a third of the TDP of Iris Pro 5200. With such low thermal limits, just how fast can this GPU actually be? 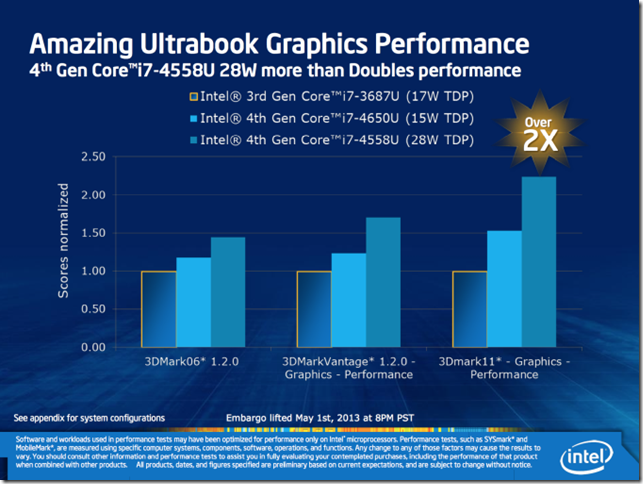 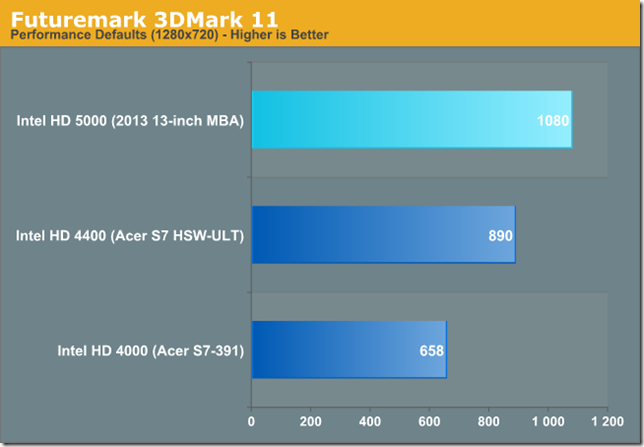 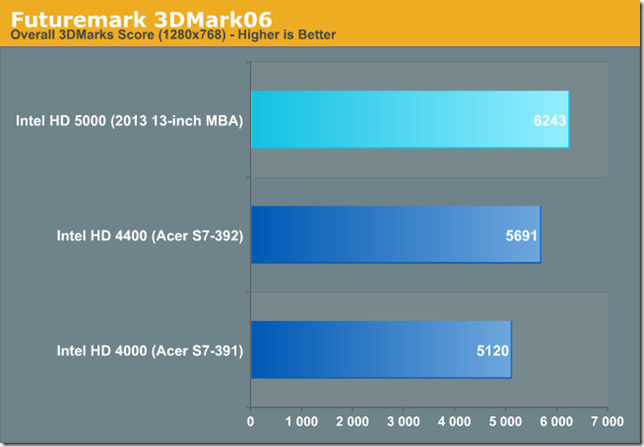