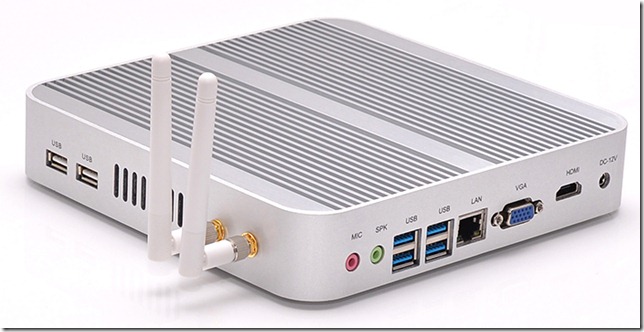 Wi-Fi wireless networking works by sending radio transmissions on specific frequencies where listening devices can receive them. The necessary radio transmitters and receivers are built into Wi-Fi enabled equipment like routers , laptops and phones. Antennas are also key components of these radio communication systems, picking up incoming signals or radiating outgoing Wi-Fi signals. Some Wi-Fi antennas , particularly on routers, may be mounted externally while others are embedded inside the device’s hardware enclosure.

The connection range of a Wi-Fi device depends greatly on its antenna’s power gain . A numeric quantity measured in relative decibels (dB) , gain represents the maximum effectiveness of an antenna compared to a standard reference antenna. Industry manufacturers use one of two different standards when quoting gain measures for radio antennas:
dBi – decibels relative to an isotropic reference antenna
dBd – decibels relative to a dipole reference antenna
Most Wi-Fi antennas have dBi as their standard measure rather than dBd. Dipole reference antennas work at 2.14 dBi that corresponds to 0 dBd. Higher values of gain indicate an antenna capable of working at higher levels of power, which usually results in greater range.

Some radio antennas are designed to work with signals in any direction. These omnidirectional antennas are commonly used on Wi-Fi routers and mobile adapters as such devices must support connections from multiple directions. Factory Wi-Fi gear often uses basic dipole antennas of the so-called “rubber duck” design, similar to those used on walkie-talkie radios, with gain between 2 and 9 dBi.

Because the power of an omnidirectional antenna must be spread across 360 degrees, its gain (measured in any one direction) is lower than alternative directional antennas that focus more energy in one direction. Directional antennas are typically used to extend the range of a Wi-Fi network into hard-to-reach corners of buildings or other specific situations where 360-degree coverage is not needed.
Cantenna is a brand name of Wi-Fi directional antennas. The Super Cantenna supports 2.4 GHz signaling with gain up to 12 dBi and a beam width of about 30 degrees, suitable for indoor or outdoor use. The term cantenna also refers to generic do-it-yourself antennas using a simple cylindrical design.

A Yagi (more properly called Yagi-Uda) antenna is another type of directional radio antenna that can be used for long-distance Wi-Fi networking. Being very high gain, usually 12 dBi or higher, these antennas are typically used to extend the range of outdoor hotspots in a specific directions, or to reach an outbuilding. Do-it-yourselfers can make Yagi antennas, although this requires somewhat more effort than making cantennas.

Wireless networking problems caused by weak signal strength can sometimes be solved by installing upgraded Wi-Fi radio antennas on the affected equipment. On business networks, professionals typically perform a comprehensive site survey to map the Wi-Fi signal strength in and around office buildings and strategically install additional wireless access points where needed. Antenna upgrades can be simpler and a more cost effective option to fix Wi-Fi signal problems, particularly on home networks.
Consider the following when planning the antenna upgrade strategy for a home network:

Installing aftermarket antennas on Wi-Fi equipment helps increase the devices’ effective range. However, because radio antennas only help concentrate and direct signals, the range of a Wi-Fi device is ultimately limited by the power of its radio transmitter rather than its antenna. For these reasons, signal boosting of a Wi-Fi network is sometimes necessary, normally accomplished by adding repeater devices that amplify and relay signals at intermediate points between network connections.