TDP stands for Thermal Design Power, and is used to measure the amount of heat a component is expected to output when under load. For example, a CPU may have a TDP of 90W, and therefore is expected to output 90W worth of heat when in use. It can cause for confusion when shopping around for new hardware as some may take the TDP value and design a PC build around that, taking note of the watt usage. But this isn’t entirely accurate, nor is it completely wrong.

Our 90W TDP CPU example doesn’t mean the processor will need 90W of power from the power supply, even though thermal design power is actually measured in watts. Instead of showcasing what the component will require as raw input, manufacturers use TDP as a nominal value for cooling systems to be designed around. It’s also extremely rare you will ever hit the TDP of a CPU or GPU unless you rely on intensive applications and processes. 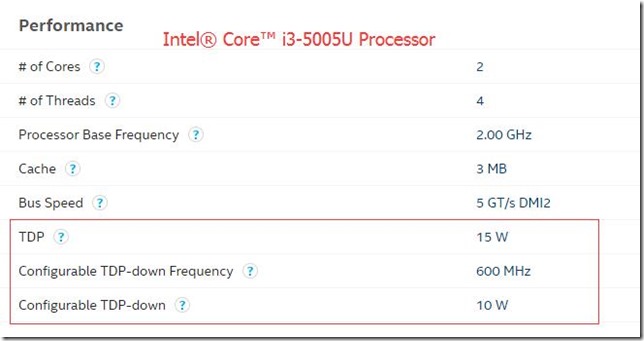 Not quite, no. TDP doesn’t equate to how much power will be drawn by the component in question, but that doesn’t mean you can’t use the value provided as an estimation. The reading itself is based on power so it can actually prove useful when looking at what you will need to provide enough juice. Generally, a component with a lower TDP will need draw less electricity from your power supply.

Actual readings listed by manufacturers can vary as well, depending on their own findings. So while the value of TDP may not exactly reflect how much power a part will draw in a system, it does provide solid grounds to design a cooling system around it, as well as a rough idea as to how much output a power supply (PSU) will need to have. To be safe, we usually recommend a quality brand PSU of 500W for a PC with a single GPU.

If that still has you flabbergasted with TDP, it’s essentially a reading that helps determine the power efficiency and performance of a component. Using a CPU as an example, one with higher TDP will usually provide more in terms of performance, but will draw more electricity from the PSU. TDP is not — however — a direct measure of how much power a component will draw, but it can be a good indicator.

Be sure available cooling you have at hand is more than enough to keep components cool, especially when it comes to the GPU and CPU.