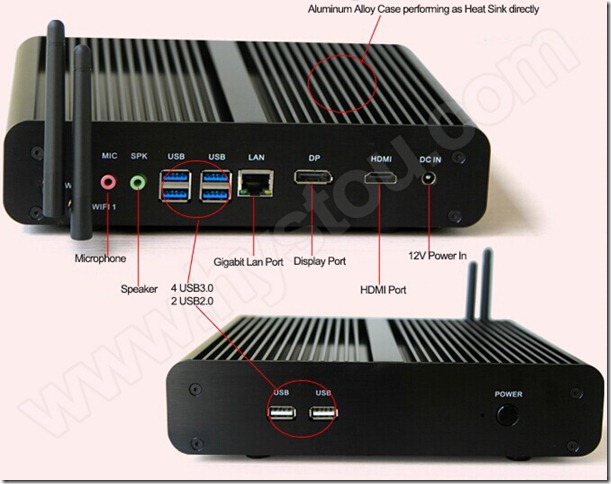 HDMI 2.0 was announced as a standard in late 2013. It got a lot of people confused, wondering if they suddenly needed to throw away their TVs in order to get on this latest tech trend.

As far as tech advancements go, HDMI 2.0 is a pretty friendly one. It’s as much a standard of software as hardware, and cables designed for HDMI 1.4 systems will work just fine with new HDMI 2.0 devices.

What you need to make sure is that both ends of your entertainment chain – your TV and blu-ray player, for example – support the standard. It’ll mean they’re geared up for the new standards we’ll dig into shortly. Some previously HDMI 1.4 hardware needs nothing more than a firmware update.

HDMI 2.0 is a reimagining of the interchange between your bits of home entertainment gear, one that factors in the immense amount of data required to get high-quality audio and video to something like a 4K 3D-capable TV.

Give it a year or so and 1080p TVs won’t even feel current anymore. We’re already starting to see 4K sets fall under the £650. It won’t be long before the rubbish 1080p LCD TVs at Tesco are replaced by rubbish 4K ones. Exciting times ahead.

HDMI 2.0 itself isn’t really about resolution, though, but bandwidth. More bandwidth is what makes all of its new standards possible. HDMI 2.0 systems can transfer data at up to 18Gbps, up from 10.2Gbps in HDMI 1.4.

In terms we’re all more likely to get on with, 18Gbps is 2,250MB a second. For a little more context, normal Blu-rays max out at 54Mbps, or 6.75MB per second. The HDMI pipe is wider than a dual carriageway.

HDMI 1.4 introduced the kind of bandwidth required to deliver 4K video, but HDMI 2.0 can dole out 4K video without compromise, at 50 and 60 frames per second. In HDMI 1.4, the rate of 4K was limited to 24 frames per second.

4K logo24p and 30p are perfect for watching films, but there are times when the extra speed of 50p and 60p come in handy. Gaming could make great use of 60p content, while more films are being shot at higher frame rates, giving quite a different look from that of slow old traditional cinema.

The most famous of the lot is Peter Jackson’s The Hobbit, which was shot in 48 frames per second. We weren’t too keen on the look of 48p, which gave the film the look of a low-rent soap opera, but apparently it’s the future.

Having the scope for 50p and 60p in 4K is great news. But don’t go thinking this will be an instant revolution, unless you have a seriously hardcore gaming PC.

You need something to deliver that 4K content, and it seems unlikely that the Xbox One and PS4 – two of the most obvious sources – will actually have the power to deliver their highest-end games in 4K. They struggle to get 60fps out of many games at 1080p. We’d be lucky to see much of any 4K gaming from the consoles, let alone at high frame rates.

Just as important as the higher frame rates for Ultra HD/4K HDMI 2.0 enables, the extra bandwidth also means HDMI is able to transport 4K video at 10-bit and 12-bit colour depths. With HDMI 1.4 it was limited to 8-bit.

12-bit colourWhat’s the difference between 8-bit, 10-bit and 12-bit colour? It tells you how much information goes into each pixel’s colour. 8-bit colour results in a colour palette of 16.7-million colours – it’s a figure you may have heard floating about if you’ve ever read into buying a screen of some kind.

As 12-bit colour ramps-up the specificity of the colour information that goes into rendering an image, the total number of possible colours is 68.7 billion. That exponential ramping-up of data is what makes transporting 4K 12-bit such a data-heavy task.

These higher colour bit rates are often labelled “deep color”, so if you see that term you now know what it refers to.

The issue with upping colour bit rates is perhaps not so much one of capabilities of hardware, but our capabilities in being able to recognise it. Changing between 256 colours and 36k colours is momentous, between 36k and 16.7 million is still a huge leap

But between 16.7 million and almost 70 billion? It’s one for people with great eyes and even better TVs. Even if a good 4K TV makes differences in colour gradations more obvious. We think higher bit depth in colour is something to savour once 4K OLED TVs are about. Because if you care that much about colour, you’re not going to be deeply impressed with 4K LCDs anyway – which are largely what’s on offer for today’s 4K buyer.

Here’s a neat one: HDMI 2.0 supports the delivery of two different video streams, which can be delivered to the same screen. Exactly what will happen to those streams will depend on what the box (perhaps a TV) at the end does with them.

It sounds like a gimmick, but this adds a hardware standard for something we’ve seen in proprietary form before now. With a 3D TV, it opens up ‘dual view’ TV watching, where you’d use a pair of 3D glasses to deliver two completely difference streams to two people watching the same TV.

Two people could be watching different TV channels, or one could be gaming while the other watches TV. Anti-social? Sure, but the other person would probably just end up playing on their phone if forced to watch the same thing as you anyway. Samsung showed off this exact kind of scenario in action at CES 2014. We’d love to see this adopted more widely, especially as the resolution split in a 4K TV would be much less apparent than in a 1080p one.

HDMI 2.0 makes huge updates to the often-neglected side of AV – audio. From being able to transmit just eight channels, you can now send 32.

This is what has enabled the Dolby Atmos standard to be moved over to home cinema receivers. It was once the preserve of just a few super high-end cinema sound systems, but you can now get it in your home.

Dolby Atmos is all about giving your much more accurate positional audio, making sound appear 3D for a more immersive cinema experience.

Does Dolby Atmos mean littering your lounge with dozens of speakers then, like an Atmos cinema? Thankfully not. Instead, Atmos receivers make use of the much more nuanced channel information provided by HDMI 2.0 and an Atmos mix, and then play with it to provide better spatial audio with a relatively conventional 5.1-7.2 style speaker setup (with additional height channels).

The quality of the audio streams has been improved too. Sample rates now go up to 1536KHz. In a full 32-channel system that means you’d get 48KHz per channel. That’s decent if not the sort of sample rate that get audio nerds drooling. 24-bit, 192KHz is where it’s at for that crowd. Of course, those sort of frequencies are perfectly possible with HDMI 2.0, just not if you want 32 channels of audio

HDMI 2.0 vs 1.4: Control all your gadgets through HDMI

One of the lesser talked-about features of HDMI is its re-working of CEC, sometimes referred to as CEC 2.0. This stands for Consumer Electronics Control, and lets one device send remote control-style signals to another over HDMI.

It’s effectively a stand-in for a proper universal remote control system – something that would be handy but is yet to turn up. With HDMI 2.0 you can – in theory – control up to 15 devices with the one remote. It was around in HDMI 1.4 but now it’s better.

Only needing one remote control and not having to splash the cash on one of those expensive Universal ones? Yes please. Opting for CEC is also more attractive – in one sense – than using a phone’s IR transmitter as a universal remote (a feature of higher-end phones) as there’s no lengthy setup involved.

However, for it to really take off, the manufacturers of the boxes we’re going to control with CEC need to embrace the standard, and help people know it exists. Or we’ll never get anywhere with it.

HDMI is not really about rocking the boat, it’s about squeezing every last drop of connectivity out of the plugs and sockets we currently have. The last thing we need is a new, non-backwards compatible format that means we’ll all need to get new hardware. The thought of that alone is enough to make you want to sigh wearily.

This is a future-proofing update, and one most of us will only see the real benefits of a few years down the line. Are 60p 4K video and high colour depth good updates? Absolutely, but 4K distribution needs to catch up and 4K OLED TVs need to start arriving and dropping in price before they’ll become truly worthwhile.